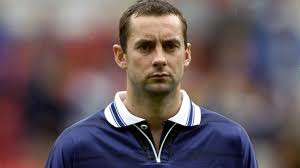 His fortunes have indeed changed with Celtic, where he has managed four goals and an assist across all competitions and Hutchinson feels the forward should seek to stay put with the Scottish champions next term. Speaking on BBC Five Radio Live, Hutchinson said that the 21-year-old would be better served to plying his trade in his home country, given he is unlikely to make the Premier League cut, should the Baggies seal promotion.
END_OF_DOCUMENT_TOKEN_TO_BE_REPLACED