West Brom May have lost to Arsenal last night but for their veteran midfielder, Gareth Barry, it was a night he will never forget. The 2-0 defeat was his 633rd Premier League game, a new appearance record for the 25 years of the Premier League era. An incredible achievement for the 36 year old. A true testament to his durability and ability. 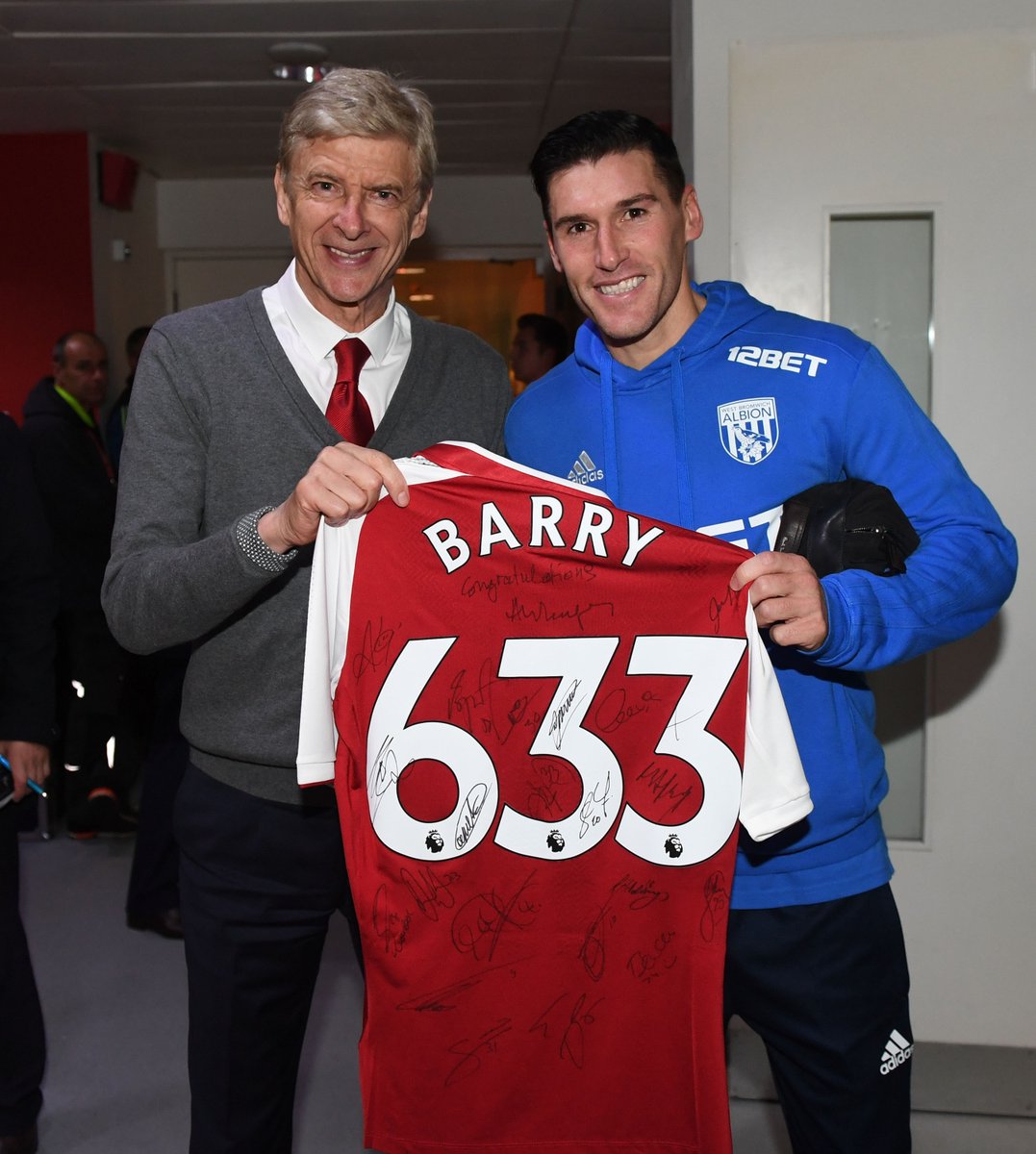 The accolades were pouring in pre-game but in typical Barry style, he just took them all in his stride and got on about the business of playing football. You just knew that in this game of all games, Barry would be involved in the pivotal moment and sure enough midway through the first half he was.

It was his lovely through ball that put Jay Rodriguez away in the inside-left channel and as he cut inside to shoot he was brought down by Mustafi. A clear penalty but amazingly waved away by referee, Bobby Madley. Barry was one of the first on the scene to protest but to no avail and, of course, Arsenal went to benefit with the 2-0 victory.

It’s incredible to think that the midfielder has no plans to retire and wants to carry on playing for several years yet. Having overtaken Ryan Giggs Premier League appearance record, he also hopes to beat the Welshman’s overall number of league appearances of 672.

“I’m not here to say I’m top of the tree in English football history, I’m aware of that but I will try and get past Ryan’s Football League appearances,” Barry said.

“It’s a massive achievement,” Giggs himself declared of Barry’s passing his Premier League total for now.

“I don’t think I’ll be thinking about the record at all. Once we’re out there it’s about going out and playing the game, doing your job as normal and thinking about it after the game,” continued Barry.